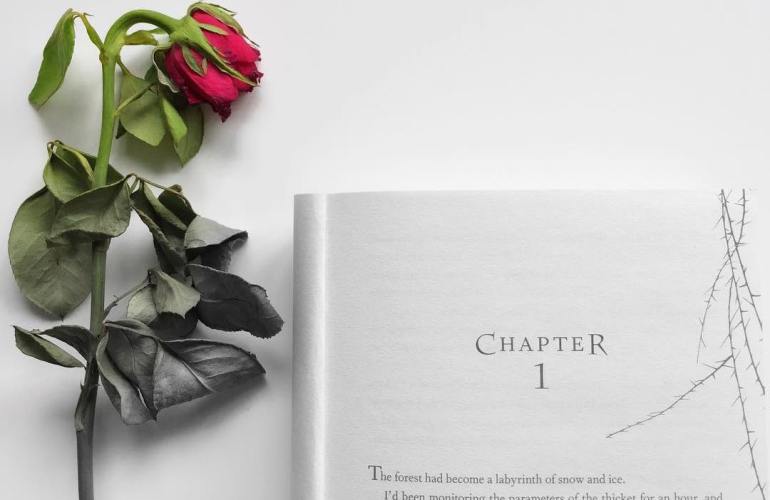 Well, 2017 was a pretty crazy year, right? Donald Trump was inaugurated into the White House, Britain triggered Article 50, Prince Harry got engaged to a beautiful actress and I read 101 books.

As the year draws to a close (finally) I wanted to give you a whistle-stop tour of the highlights (and lowlights) of my year in books.

2017 was the year that I discovered the A Court of Thorns and Roses (ACOTAR) series. In the summer of 2016, I had the pleasure of stumbling upon Sarah J. Maas’s writing in the form of the Throne of Glass series. It was my first venture into fantasy and I was not disappointed. So, when I saw that she had another series I had to get involved. Enter ACOTAR.

ACOTAR and ACOMAF were my first two reads of the year and let’s just say they set the bar really high…I can’t even begin to explain my love for this series, and in particular, ACOMAF because my words wouldn’t even do it justice… just know that I salute you, Sarah.

my not so favourite

Urgh. A Clockwork Orange. I DNF’d this one and I’m not even ashamed of it. Firstly, before ya’ll bite my head off, yes, I understand that this is considered a literary and cultural classic BUT I did not like it:

This creates a nightmarish book written by a lazy ‘edgelord’ who in his attempts to criticise the communist regime and unpack the fundamental issues of human nature simply indulged in violence and turned an intended homiletic work into a pornographic one. It’s a no from me.

At a mere 52 pages, Chimamanda Ngozi Adichie’s We Should All Be Feminists clocks in as my shortest read of the year. I feel like if you identify, in any way, as a feminist then you have to read this book. It’s a rite of passage. Here’s a teaser of what’s awaiting you…

‘I have chosen to no longer be apologetic for my femaleness and my femininity. And I want to be respected in all of my femaleness because I deserve to be.’

Weighing in at a hefty 699 pages, A Court of Wings and Ruin by Sarah J. Maas is my longest read of 2017. This was my most eagerly anticipated release of the year, and boy was I not disappointed. I raced home from work, ripped open the package and devoured this beast in two days. It was beautiful.

I guess there are two sides to this one. We’ll start positive, shall we? The best surprise was Sapiens by Yuval Noah Harari. This hefty non-fiction tome just screams unreadable, doesn’t it? Yet, it was anything but that. Harari’s voice is brilliantly intellectual, but also dry and friendly. He welcomes the reader into the folds of his knowledge and makes you feel at ease as you traverse the incredible history of homo-sapiens.

The worst surprise for me will be an unpopular opinion…*whispers* A Darker Shade of Magic. I’m really sorry. My only comment will be this if you are going to write about London, make it believable.

If you want to see more of my 101 books please feel free to peruse my bookshelves on Goodreads and let me know what’s missing, but please do not say A Gathering of Shadows…